"The Tourists"...
...shouting out to this week's tour group, including a couple excited about coming to "the city". Thanks for thinking of Trees Atlanta and the Beltline! 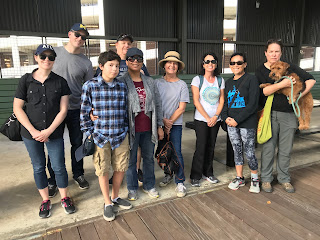 Map of the week...
Toward the end our tour, we talked about how early development of the land on both sides of Ponce de Leon disrupted the natural watershed. That early development included a baseball field (where Home Depot/Whole Foods). In 1924, you could have reached that ballpark (and our tour!) by the streetcar running north on Peachtree St and then east out Ponce. 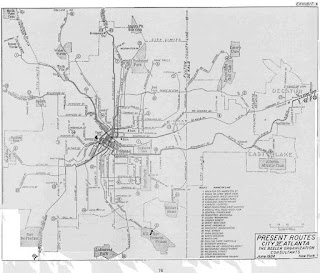 Tupelo Blackgum - Seen in the Trees Atlanta Arboretum along the beltline eastside trail between Freedom Parkway and Ralph McGill, columnar subspecies of this tree have along been planted next to the Ponce City Market shed bio swale. Loved by pollinators in the spring for its flower and by all in the fall for its spectacular colors, Blackgum is a favorite of many southerners. 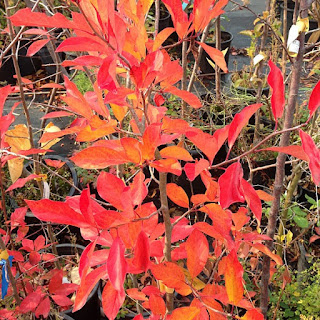 
Q: How old is the magnolia between Telephone Factory Lofts and the Beltline?

A: Short answer; without drilling a core sample and counting the rings, there is no way to measure its exact age. However, judging by its height (80 ish feet), location (next to the Western Electric factory built 81 years ago in 1938), and thinning canopy, it is definitely in its senior years. Plenty of time to give it lots of love and plant a next generation companion magnolia nearby! 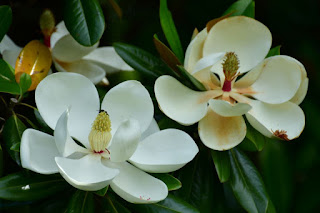