"The Tourists"...
...shouting out to this week's 2 hardy Tech students that braved the misty morning to join me for the first tour since we were COVID-cancelled back in 2020. 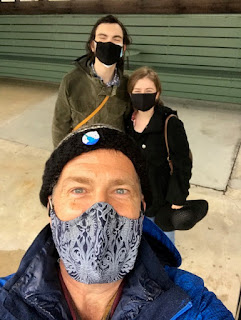 Map of the week...
...replaced by "pics of the week"! On the tour, we discussed the evolution of the "Du Pree Manufacturing Company Excelsior Factory" or Excelsior Mill; from wood shavings producer (1907...see the 1911 Sanborn Fire Map below), to pizza and movie house (1977), to its penultimate rebirth as The Masquerade nightclub and concert venue (1989). While being developed by its current owners, part of the historical protected facade collapsed in 2019 (seen here in before and after pics). 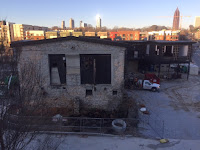 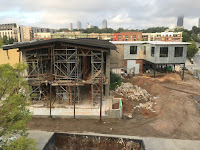 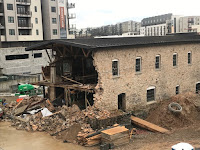 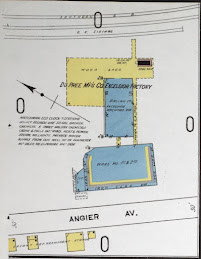 Thanks for the map, Wikipedia!

There is no more prominent tree in Georgia's hardwood forests than the beech, rendered showy in winter thru retention of coppery dead foliage (marcescence), sheltering its nascent buds until spring . 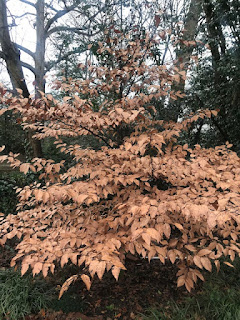 Q: What is the timeline of Atlanta's founding to being razed in the Civil War?
A: While there are many significant dates during the growth of Atlanta, the most relevant to the tour are:
1836 - Georgia State Legislature voted to create the Western and Atlantic Railroad
1837 - Route was surveyed from Tennessee state line south to roughly the location of today's "Underground Atlanta"
1839 - Terminus is settled
1843 - Marthasville is founded
1845 - Marthasville is renamed Atlanta (and incorporated in 1847)
1864 - Atlanta is burned
1868 - Atlanta becomes the Georgia State capital
Prior to Atlanta, the state capital was located in towns with river-based transportation. Atlanta marked a change to newer, land-based transportation, the locomotive! 1776 - Savannah. 1782 - Augusta (Savannah River). 1798 - Lousiville (Ogeechee River). 1807 - Milledgeville (Oconee).

Route of the Western and Atlantic RR
(Thanks Wiki!)