This Week's Tour...
...met at 9:00AM Saturday on the Beltline Eastside Trail near Parish (R.I.P...soon to reopen as "Painted Park"!). We walked for 1 3/4 hours, covering 1 mile of the Beltline, ending at Ponce City Market.

"The Tourists"...
...shouting out to this week's tourists, including fellow GA TECH alums and a mom visiting from Panama City Beach (PCB at PCM)! Also...MACON IN THE HOUSE! 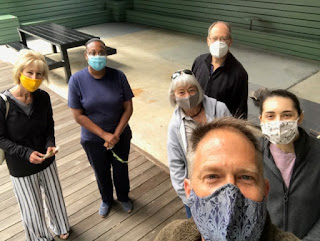 Map of the week...
...we spoke about the Ponce Springs amusement park that was located where Ponce City Market is today. In the late 1800's, Atlantan's rode a trolley from downtown, up Peachtree Street, and out Ponce de Leon to arrive at the amusement park and lake. That trolley line was extended in 1889 to include a loop - Nine Mile Circle - that included Ponce Springs at its center, pictured in this map. 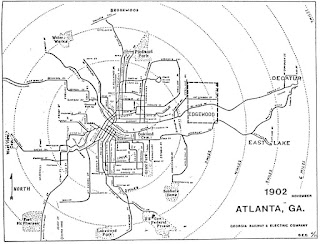 Thanks for the map,
Wikipedia!!

There are 2 varieties of Tupelo (or Blackgum) planted along the eastside trail between Freedom Parkway and Ralph McGill; Green Gables and Wildfire. Both have spring foliage true to their names; green and tinged with red, respectively. That red tinge on Wildfire's early growth is a hint at the showy, fiery red leaves that will appear in the fall. 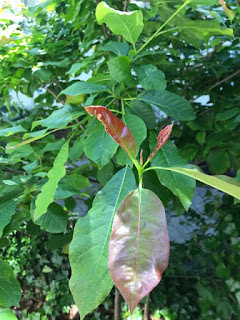 Q: Can I grow native oakleaf hydrangea in Panama City Beach?
A: Short answer...YES! Zones 5-9a! Long answer...in Florida, you'll want to give it at least some shade. Thanks for the info, U of F! 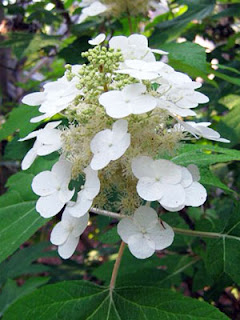