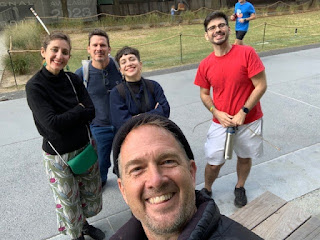 Trees Atlanta has planted over 150,000 trees in Atlanta...and they are ALL mapped here! Take a look...it is pretty cool and a great learning resource. 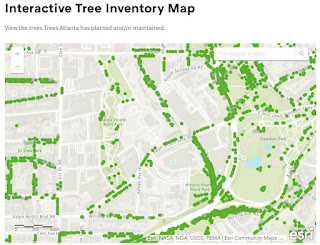 Hands down, the shrub that elicited the most chatter during our talk was the sumac found on "Succession Hill" next to Freedom Parkway and along the eastside of the trail as one approaches Ralph McGill. My new french besties were quick to point out that they use sumac as an acidic flavoring in cooking, especially in Middle Eastern and Mediterranean cuisines. I'm not advocating it, but it is certainly worth looking into!

"Made from the coarsely ground berries of a variety of sumac bush, it's used as much for its bright color and presentation as it is for its flavor, which is often described as slightly salty, tart citrus." 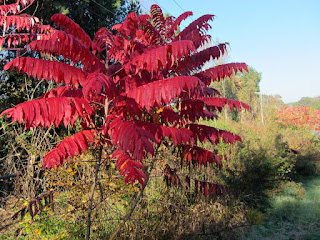 Q: You described the long low limbs of the live oak tree as supporting "spanish moss" and that we might know it from trees shown in spooky movies. We've seen it in movies...and it's a real thing? What exactly is Spanish moss?
A: Spanish moss (Tillandsia usneoides) is an epiphytic flowering plant that often grows upon large trees in tropical and subtropical climates. It is native to much of Mexico, Bermuda, the Bahamas, Central America, South America, the Southern United States, and West Indies. 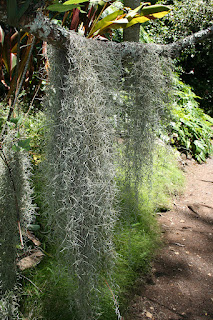