This Week's Tour...
...met at new, winter months' time 10:00AM Saturday on the Beltline Eastside Trail near Parish. We walked for 1 1/2 hours, covering 1 mile of the Beltline, ending at Ponce City Market.

"The Tourists"...
...shouting out to this week's tour group, the 6 hearty souls that joined me in the wintery mix to tour the arboretum. YOWZA! 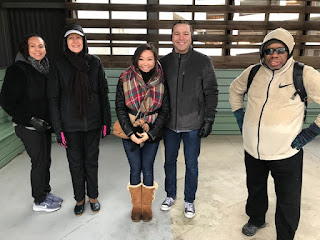 Map of the week...
At the intersection of the Beltline Eastside Trail and Freedom Parkway, we talked about the land cleared of 100's of houses along the proposed route. Some of that land became Freedom Parkway (north to Ponce and east to Moreland), while other land past the Parkway became the greenspaces we know and love today; John Howell Park, Sidney Marcus Park, and Freedom Park. 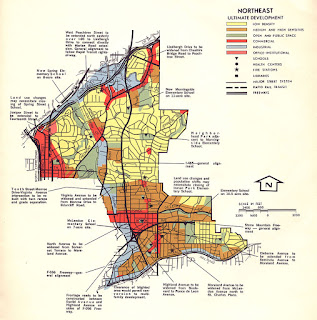 February's tour continued on the theme of "marcescence", the process by which tree leaves die, but stay on the branch until spring. Beech is still my favorite...so much so I drew it! 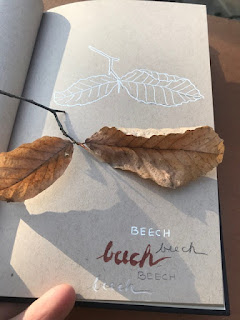 
Q: How much longer are we going to keep walking in the snow?

A: EASY! About 10 minutes less than we normally take for the tour. Thanks for joining me and I hope you stayed warm and dry for the rest of the day! 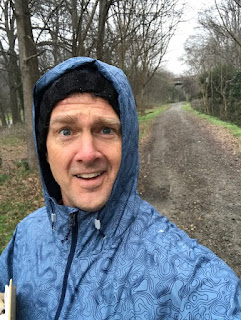