"The Tourists"...
...shouting out to this week's tourists, an Atlantan returning to the south from Seattle. Welcome home!!!! 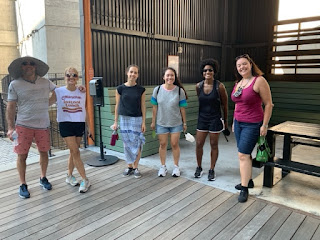 Map of the week...
...has us returning to an oldie but goodie...a map of Atlanta's city limit expansions...focusing on the last concentric circle expansion (from the Zero Mile Marker in today's Underground Atlanta) in 1889. 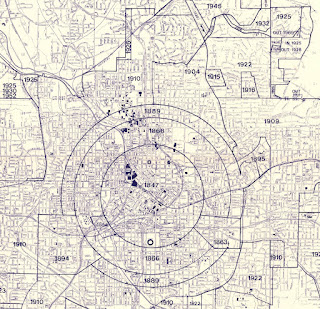 PSYCH! This week's tree is a native flowering plant currently in full bloom in the prairie on the western edge of the Eastside Trail.

Sesbania herbacea (syn. Sesbania exaltata) is a species of flowering plant in the legume family known by the common names bigpod sesbania,[1] Colorado River-hemp,[2] and coffeeweed. It is native to the United States, particularly the southeastern states, where it grows in moist environments. It can be found elsewhere as an introduced species. It is a woody herb growing to 3 meters or more in height. The leaves are made up of many pairs of oblong leaflets. The inflorescence is a small raceme of pealike flowers with yellow or purple-spotted petals. 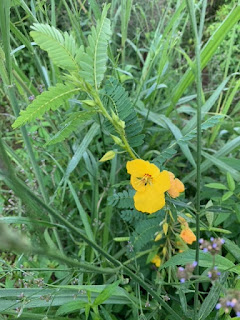 Q: Where was the 1996 Olympic Gold medal baseball game played?
A: Here I am during the game at the Atlanta-Fulton County Stadium! 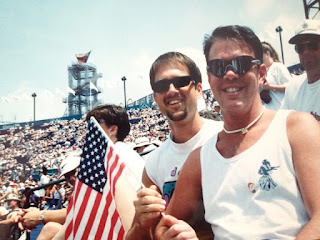 Thanks, John McLean! Friends since 1981!