"The Tourists"...
...shouting out to to future docents and hardy Atlantans that braved our first ever tour HAILSTORM! Thank goodness for the Two Urban Licks dock overhang across from 3 tree hill! 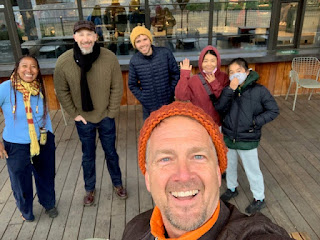 In the map below, I outlined the 822 acre city expansion in red, the portion of the Eastside Trail we walked in yellow, and circled a bit of naming history in red...the southeast railroad section nicknamed the "Belt Line", a name that long predates Ryan Gravel's 1999 master thesis and the pedestrian corridor as we know it today! 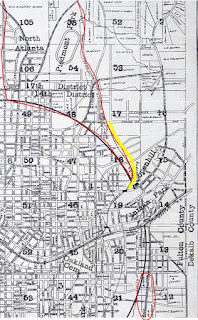 One of the species comprising the large hardwood themed section of the Eastside Trail is the mighty white oak! Long lived (up to 500 years and counting!) and "supportive"! From NYT article "Why You Should Plant Oaks": "Oaks support more life-forms than any other North American tree genus, providing food, protection or both for birds to bears, as well as countless insects and spiders, among the enormous diversity of species." 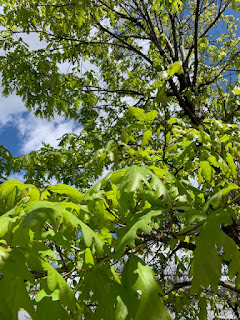 Q: There were 2 [main] passenger rail station in Atlanta, Union and Terminal, right?
A: Yup...and Jeff mixed up his stories!!! While both passenger terminals were razed around the same time (1971-1972), and the loss of both fueled the Atlanta preservation movement that helped preserve the Fabulous Fox Theater in 1974, the beautiful Corinthian column along the trail is an homage to the architecture of Union Station.
Terminal Station does have a connection to the Eastside Trail and connections to today; it served Southern Railway and Atlanta & West Point, both former railroads on the Beltline. There's also that statue of Samuel Spencer, first president of Southern Railway; it survived the demolition of Terminal Station and moved to Norfolk Southern Peachtree HQ, but did not make the move to the new NS HQ. History and its relevance to modern life can be difficult to contextualize. 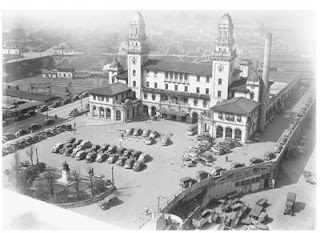 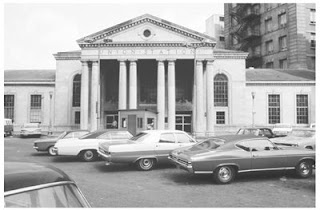