...met at 9:00AM Saturday on the Beltline Eastside Trail near Parish (R.I.P...soon to reopen as "Painted Park"!). We walked for 1 3/4 hours, covering 1 mile of the Beltline, ending at Ponce City Market.

"The Tourists"...
...shouting out to this week's tourists, including a family with twins and a couple from near the Beltline Westside trail! Also...ROSWELL IN THE HOUSE! 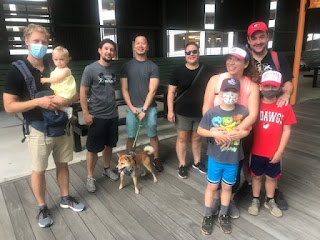 Map of the week...
...we spoke about the "Zero Mile Post" marking the new convergence of railroad lines that would eventually become the center of the City of Atlanta, circa 1837. Here it is located on an old Atlanta map...and here is a pic of it in its original location (now in the Atlanta History Center). 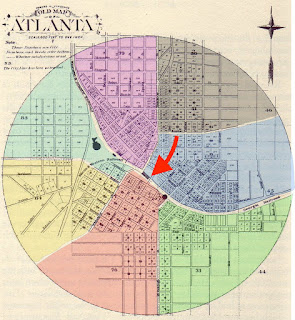 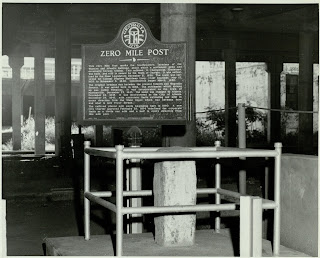 Thanks for the pic,
AJC!!

The eastern cottonwood is one of several water-seeking plant species found along the Beltline between Freedom Parkway and the skate park. Because of their flat stem, leaves shake and pivot in the slightest breeze, a characteristic trait for this species.

Populus deltoides
(A scientific name I can actually remember!
A "poplar" with "triangular" leaves!)
Eastern Cottonwood

Q: Where did the old rail line that used to run along the Beltline Eastside Trail corridor go?
A: Short answer...North! Because railroads have changed and merged and decommissioned over the years, the long answer differs depending on what decade one is researching...but check out this cool map that shows the Beltline corridor connecting with Norfolk Southern (previously Southern Railway). COOL! 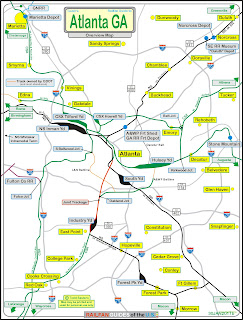 Thanks, Atlanta Ga Railfan!
No comments: