"The Tourists"...
...shouting out to this week's tourists, a really big group! I did my best to shout to the back of the group...hope you all enjoyed it! I really enjoyed talking with you all! 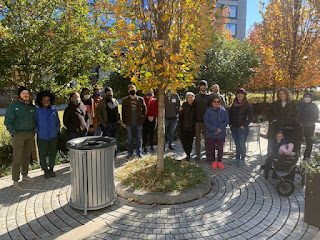 Map of the week...
...is a 1970 map of the proposed I-485 route...that was subsequently cancelled 1in 1975, but not before hundreds of homes were demolished along the route. Our tour walked under the part of the road system was completed in the 90's as Freedom Parkway (in blue below). Other mid-neighborhood sections were converted to city parks John Howell and Sydney Marcus (circled in red below). 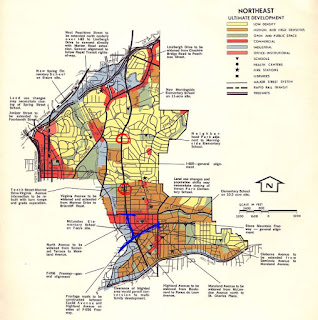 Thanks for the pic,
Wikipedia!!

This week is a shout out to the Georgia Oak! I'm not even going to try and rephrase this quote from wikipedia...cuz it says it all! Including my favorite geological term "monadnock". Here is it verbatim:

"The tree was first discovered in 1849 at Stone Mountain, Georgia, where several stands of pure specimens grow along the popular walk-up trail at around 1,300 feet (near the large chestnut oak in the middle of the trail and before the rest pavilion halfway up the trail). Georgia oaks are also found at nearby monadnocks, including Panola Mountain and Arabia Mountain in Georgia." 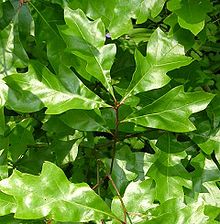 Q: You asked 'How are Beltline projects funded?
A: I mentioned 'thru Tax Allocation Districts', where a portion of taxes collected by the city are earmarked for the Beltline, but it's much more than that! From the Beltline website, funding thru 2019:

Approximately $600 million from multiple public and private sources has been invested between 2005 and 2019 to implement the Atlanta BeltLine and deliver tangible results – including 11 miles of new permanent trails, 315 acres of new and renewed parks and greenspaces, over 396 acres of remediated brownfields, and new and diverse affordable housing opportunities.

WOW! So...this seems worthy of a funding pie chart, which I don't have access to, so here is a photo of my favorite Thanksgiving pie...pumpkin! 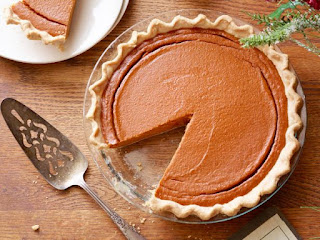 Thanks, Food Network!
No comments: